About Mozart to Motown 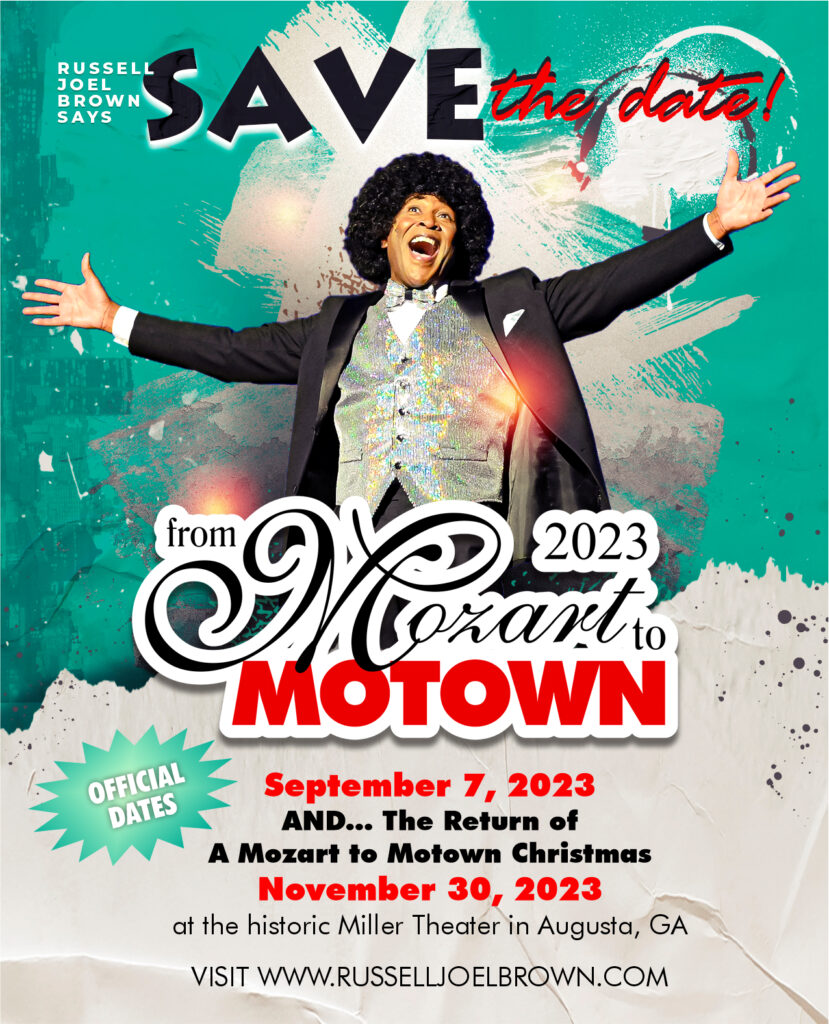 “From Mozart to Motown- An Evening with Russell Joel Brown” will be  September 7, 2023 at the historic Miller Theater. This is a high-energy, tour de force performance by Broadway actor and Augusta native, Russell Joel Brown. Backed by a band and high school student ensemble, this performance features 10 different styles of music: classical, spirituals, Broadway, jazz, blues, country, African, R & B, rock, and gospel. The show is a benefit concert for Boys With A Future.

A sold out concert in 2022 plus five sold-out audiences at Augusta’s historic Imperial Theater between 2002 and 2004, solidified the popularity of this show that appeal to young and old alike. Popular songs such as Phil Collins’ “In the Air Tonight”; Lynard Skynard’s “Sweet Home Alabama”; “Music of the Night” from The Phantom of the Opera; Duke Ellington’s “Take the A Train”; and the traditional spiritual, “Give Me Jesus”, are just a few of the songs that Russell Joel Brown has interpreted with his chameleon-like voice. A voice that is sometimes soothing, and oftentimes a powerful baritone. Production numbers, with sizzling choreography and beautiful costumes round out the evening and include a Motown retrospective of “My Girl”; “My Guy”; “Ain’t Too Proud to Beg”; and more!

Returning for the first time in almost 20 years, A Mozart to Motown Christmas will be at the Miller Theater on November 30, 2023. A magical performance that is fun for the entire family, everyone will want to be sure and mark their calendars. Show details coming soon.

Thank You to Our 2022 Sponsors

Thank You to Our Donors